How many of us love chocolate? Well, if you found your way to this article our assumption is that you are one of the millions of people who fancies the delectable treat. In order to love chocolate in all its different shapes and forms, we need to start from the very beginning. Chocolate all starts from the tropical tree known as Theobroma Cacao (typically cacao) grown mainly in Africa. Theobroma is Greek for “food of the gods” (ironic right)? The cacao pods that grow from the tree are then harvested, and collected to garner the seeds of the pods to make our favorite and slightly addictive comfort food. Our favorite types of chocolate are Dark Chocolate, White Chocolate, Milk Chocolate, and Semi-Sweet Chocolate; but, what’s the difference? Each type of chocolate is delicately and meticulously made with different variations to achieve maximum flavor in every different kind of chocolate.

Let’s start with white chocolate, which is rather different than the other kinds of chocolate. White Chocolate is made from the cocoa butter rather than the seed. Cocoa butter is the yellow and pale edible vegetable fat that still obtains the aroma and taste of cocoa. Because cocoa butter does not taste as good as what it becomes, milk and sugar are added to create a creamy and heavenly white chocolate product. White chocolate actually doesn’t contain any cocoa solids! Some would even insinuate that white chocolate isn’t chocolate at all, but that’s another blog post for another time.

Milk chocolate, an American favorite and an all around creamy and tasteful indulgent. Did you know that 88% of chocolate consumed in the United States was milk chocolate? Our favorite silky pleasure is carefully crafted by mixing cocoa butter, sugar, sweetened milk, and chocolate liquor. All these ingredients are dried and sent through a process called “conching” in which the mixture is refined and sculpted to become perfection in the shape of a bar. Milk chocolate is known for its smoothly sweeter and more subtly calm chocolate flavor due to its smaller cacao content, unlike dark chocolate. 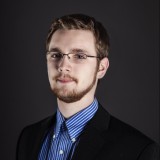